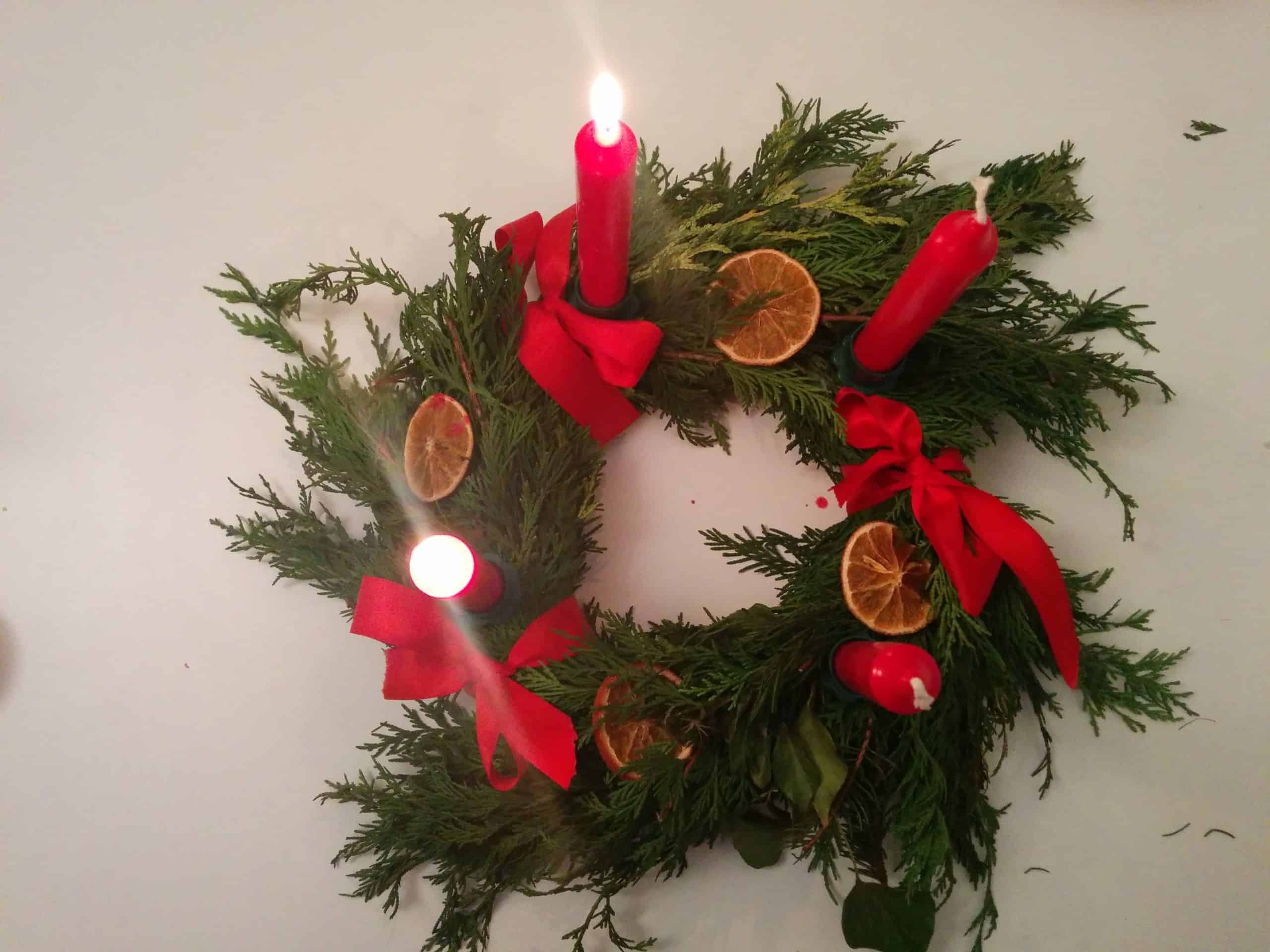 Sharing the Australian culture with someone is a beautiful thing. So, why not let your care professional share their traditions with you, particularly now in the run-up to Christmas. Germany, Austria and Switzerland follow Advent and Christmas customs and traditions that date back to the 19th Century. 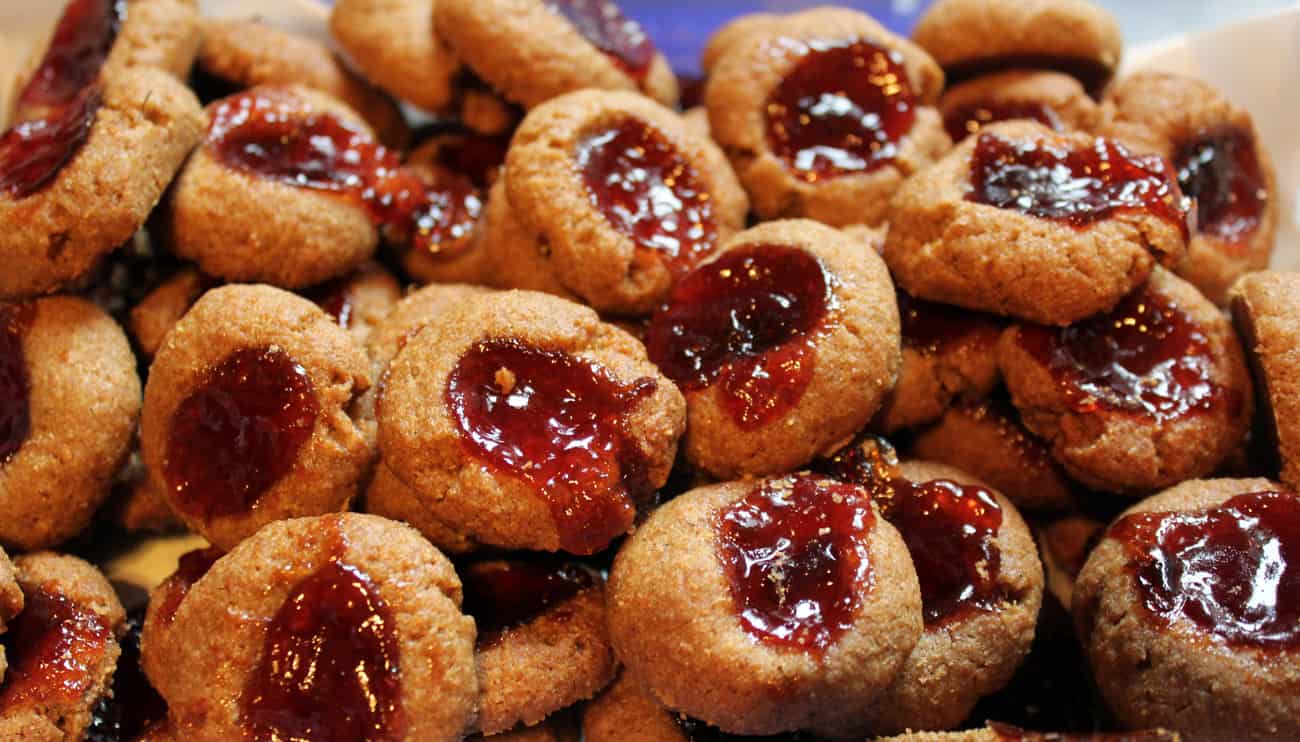 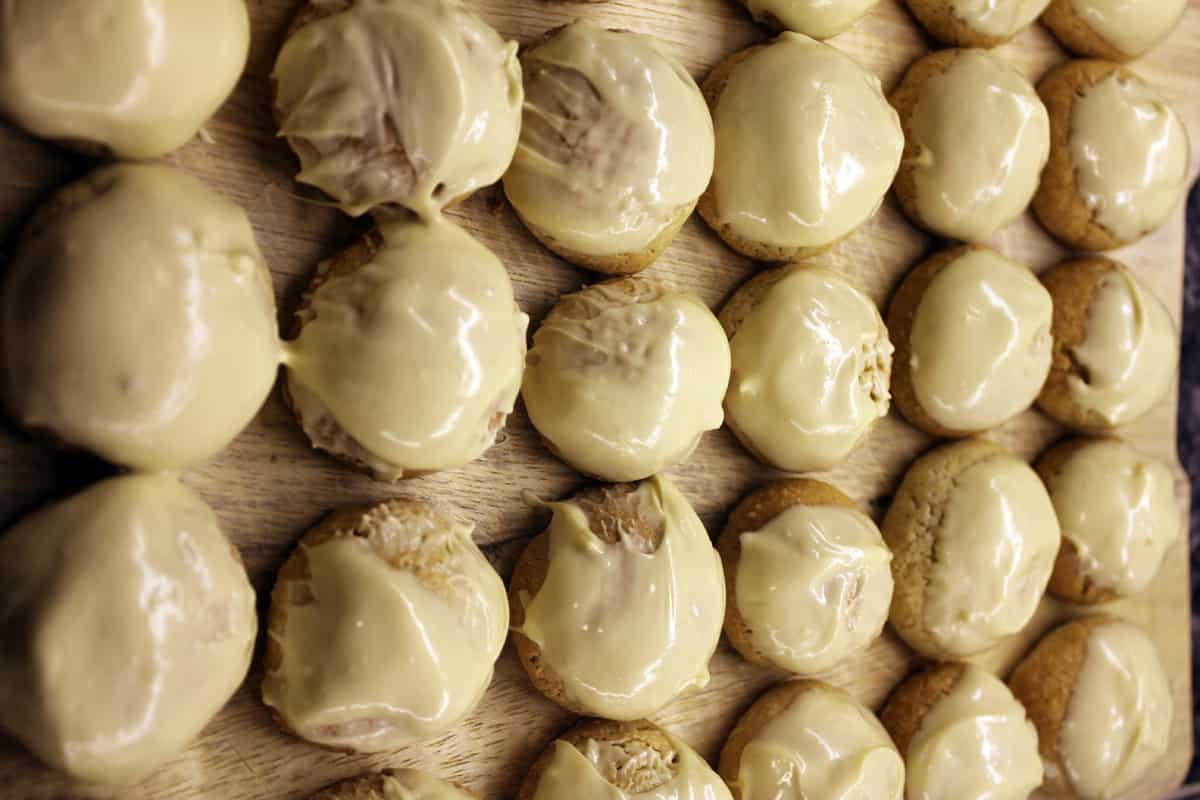 The run-up to Christmas, or Advent, is a pretty big deal in Germany. This starts with the countdown to Christmas, with an Advent calendar: something that is now widely used across most of the Western world.

Germans also count down to Christmas with an ‘Adventskranz’ an advent wreath; a wreath usually made of fir branches that has four candles on it. A candle is lit each Sunday before Christmas, marking the passing of the time and counting down to the big day. The concept of the Advent wreath originated among German Lutherans in the 16th Century and has strong religious ties.

The wreath is traditionally made of fir tree branches knotted with a red ribbon and decorated with pine cones, holly, laurel, and sometimes mistletoe. It is an ancient symbol signifying several things; first of all, the crown symbolises victory, in addition to its round form evoking the sun and its return each year. The number four represents, in addition to the four weeks of Advent, the four seasons and the four cardinal virtues, and the green colour is a sign of life and hope. The fir tree is a symbol of strength and laurel a symbol of victory over sin and suffering. The latter two, with the holly, do not lose their leaves, and thus represent the eternity of God. The flames of candles are the representation of the Christmas light approaching and bringing hope and peace, as well as the symbol of the struggle against darkness.

Baking is an important ritual during Advent, where families make a lot of different Christmas cookies (Weihnachtsplätzchen). There’s a wide range of typical and delicious German Christmas desserts, with Gingerbread (Lebkuchen) being probably the most famous one. 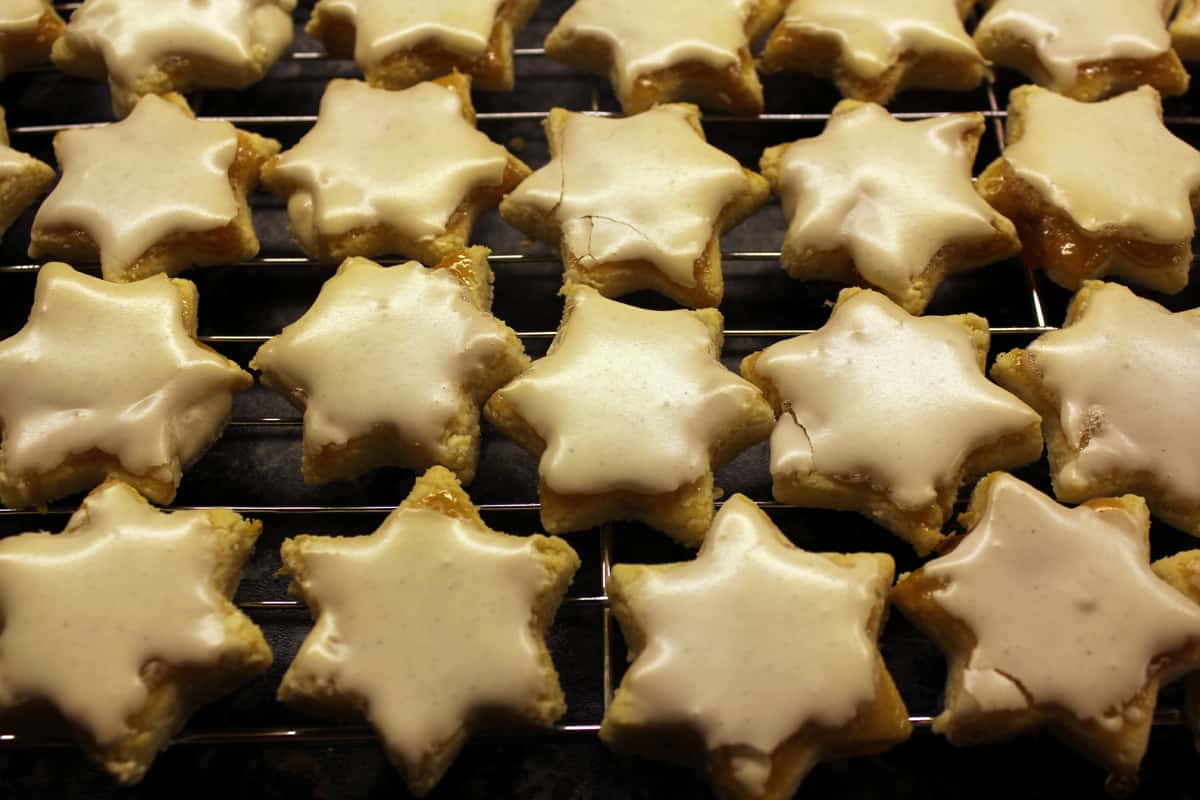 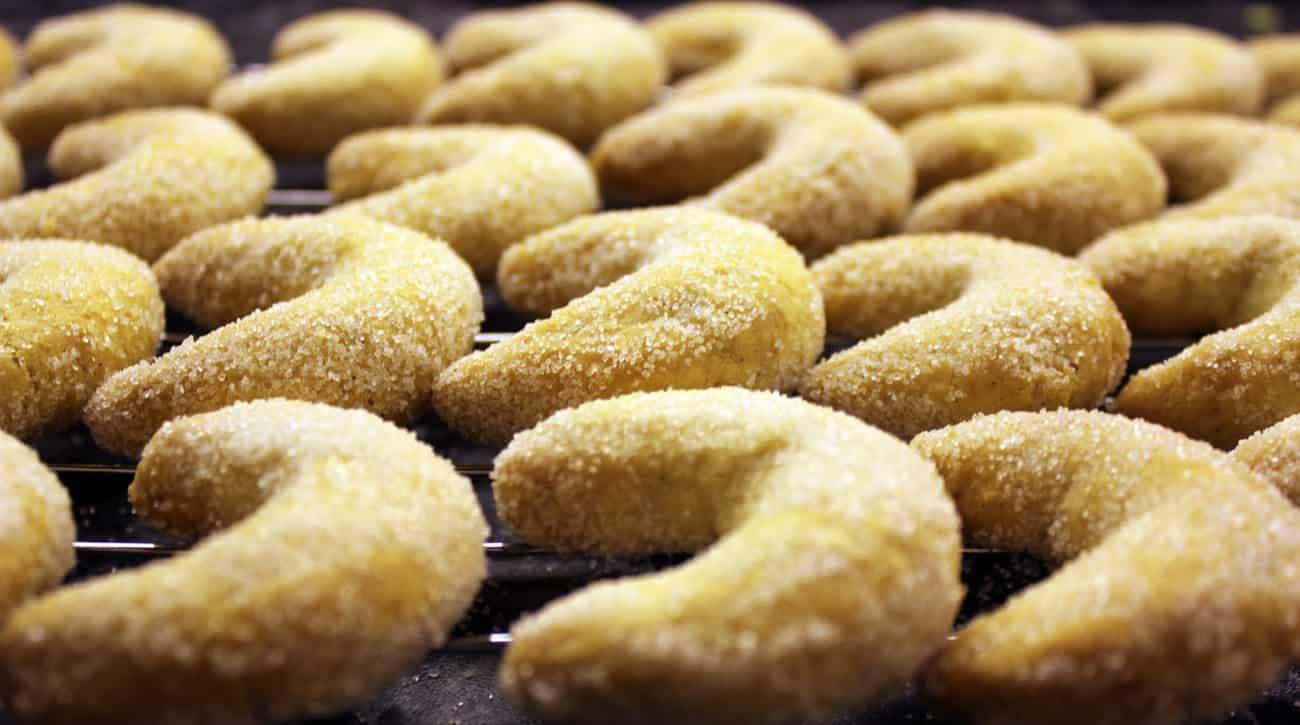 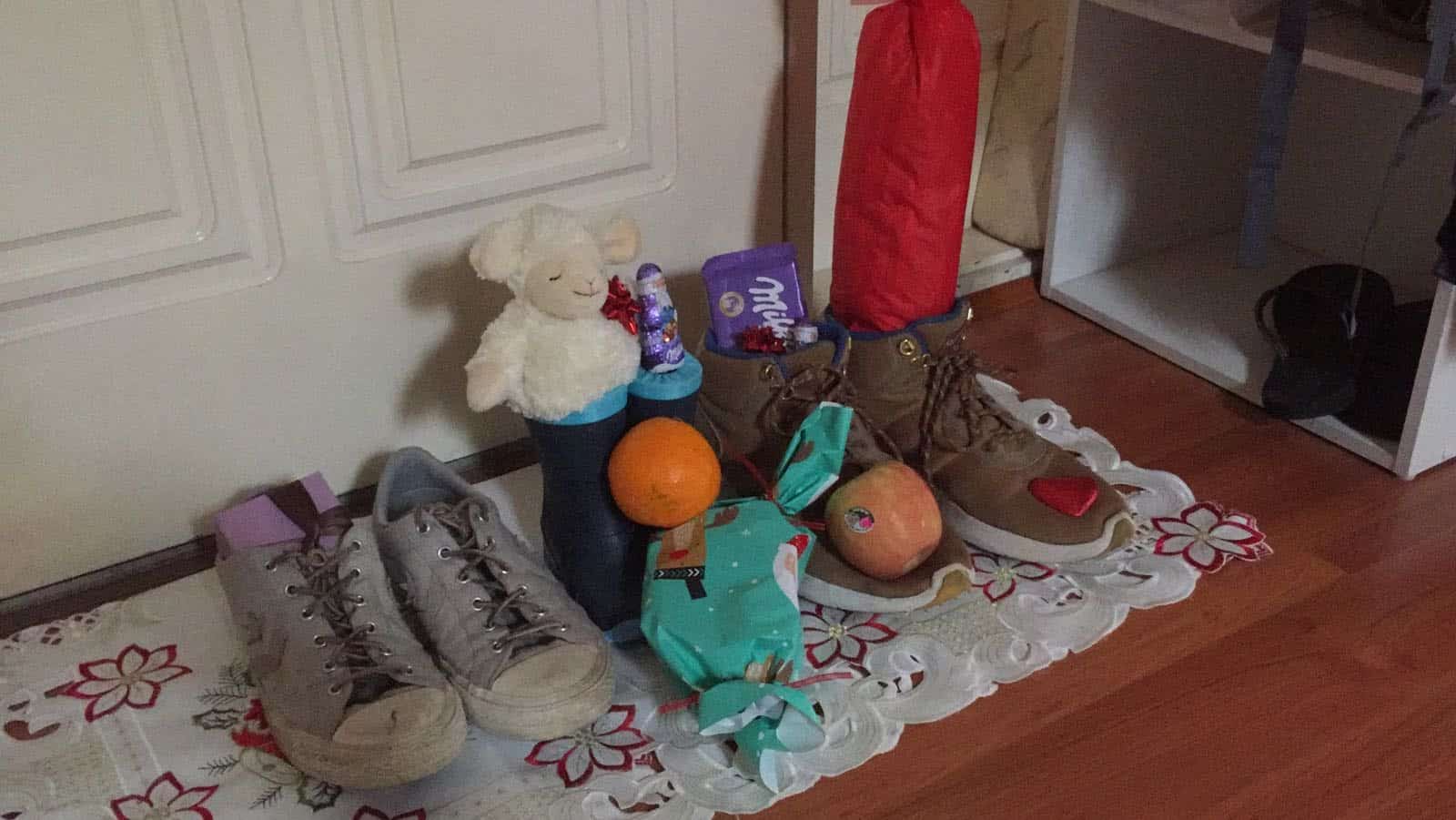 St Nikolaus arrives in the night of 5th to 6th December and he puts presents into the shoes of children, who usually place them by their doors, having given them a proper clean the night before.

In some regions of Germany, there is a character called ‘Knecht Ruprecht’ or ‘Krampus’ who accompanies St Nikolaus. He is meant to punish the children who have been bad and leaves a ‘rute’ (a cane composed of birch branches)!

Germany is well known for its Christmas Markets, where all sorts of Christmas foods and decorations are sold. Beginning in mid or late November, in almost any German city of any size, one or more Christmas markets will pop up on the local square and often in several other locations. These Christmas fairs – offering warm drinks (Glühwein – Mulled Wine), roasted chestnuts, and local crafts – usually continue through the four December weeks leading up to Christmas Eve. Sometimes called a Christkindlmarkt, these special markets are an integral part of the Christmas season in Germany, Austria and Switzerland. 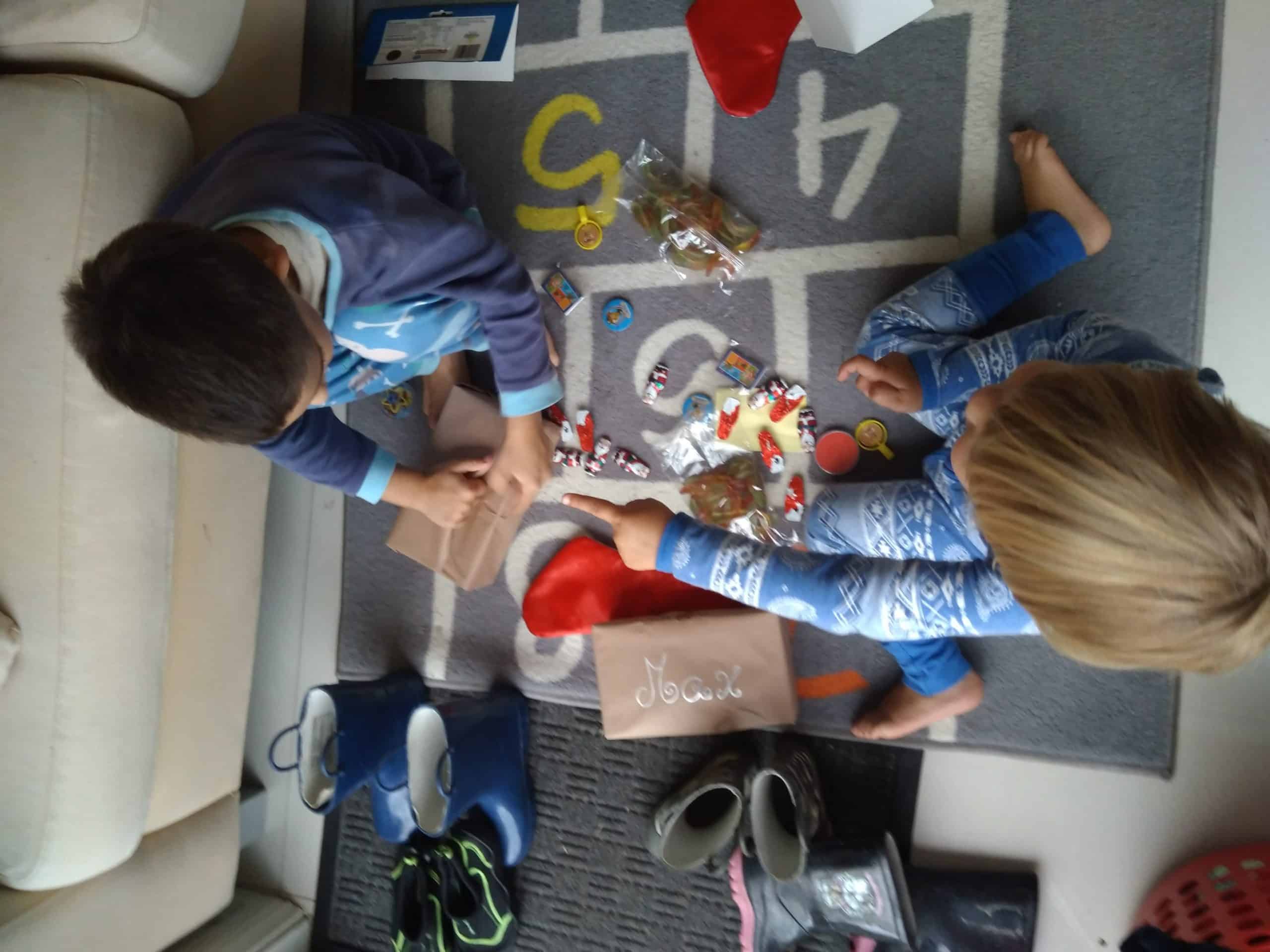 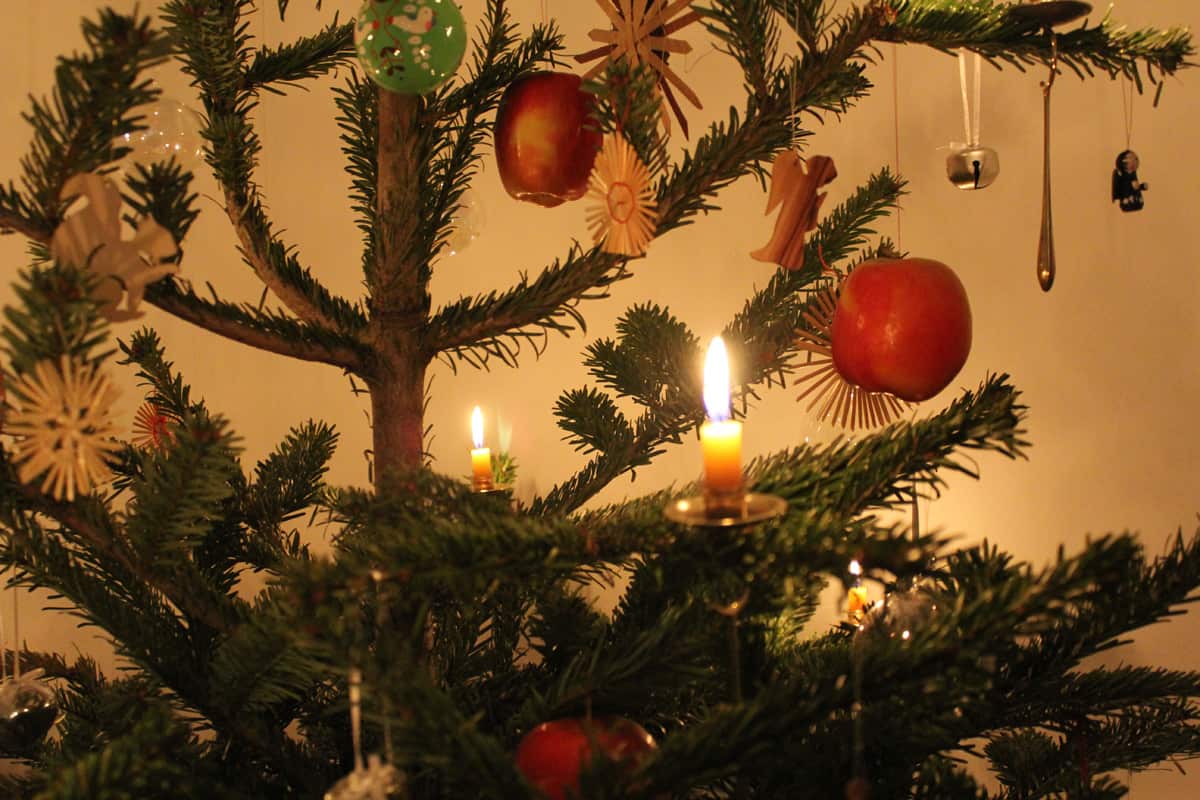 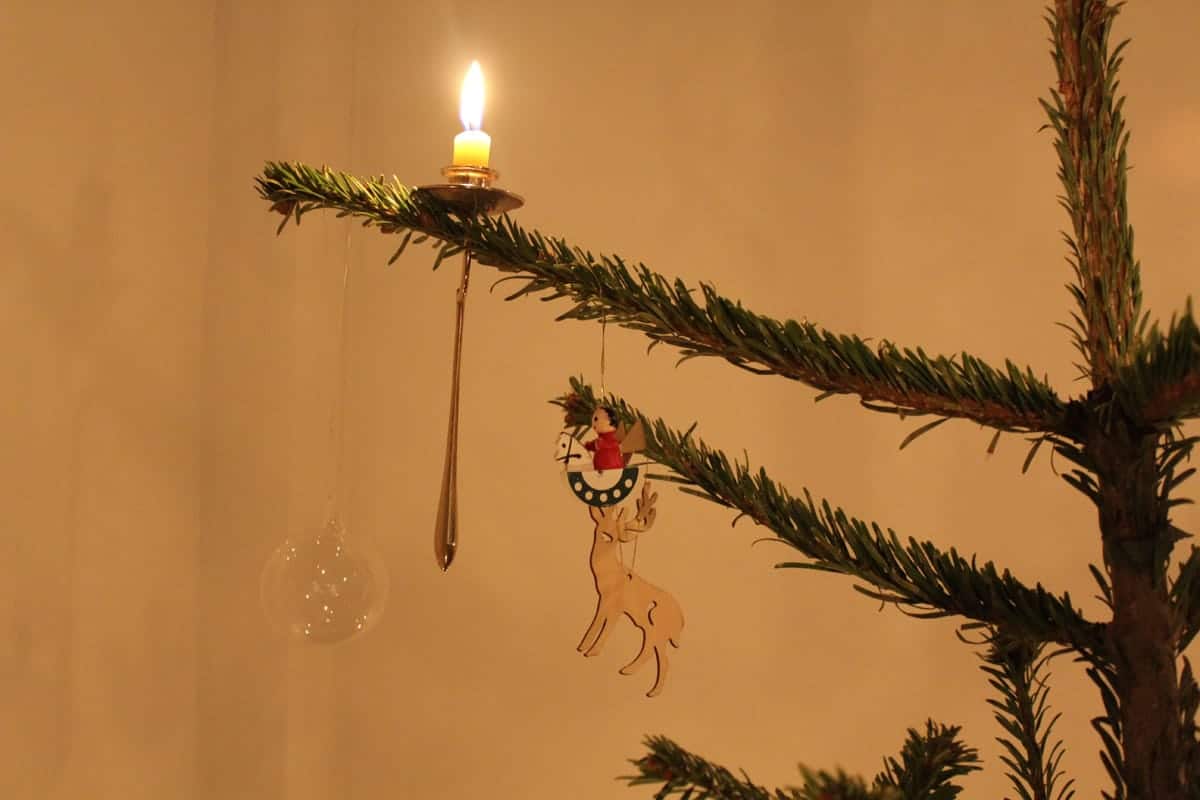 Christmas itself is celebrated on Christmas Eve in Germany. Families have different traditions; some go to church before sharing a meal with their loved ones and then opening presents.

Real Christmas Trees are very important in Germany, they come with a unique and unbeatable smell. They were first used in Germany during the late Middle Ages. If there are young children in the house, the trees are usually secretly decorated by the mother of the family during the day of 24th December.

After singing in front of the tree and exchanging gifts, traditional meals are being served, ranging from roasts, fish, sausages and more – often accompanied by a potato salad.

‘Das Christkind’ translates as ‘The Christ Child’ in English but Germans don’t think of the Christkind as the baby Jesus! The Christkind is often described as a young girl with ‘Christ like’ qualities. In Nürnberg a young girl is chosen every year to participate in a parade as the Christkind. She wears a long white and gold dress, has long blond curly hair and wears a gold crown and sometimes wings like an angel. This is similar to St Lucia is Sweden. (And it can seem a bit confusing calling the ‘Christ Child’, Jesus, a girl!)

Another tradition is the Sternsinger (or star singers) who go from house to house, sing a song and collect money for charity (this is a predominantly Catholic tradition). The singers are normally four children, three who dress up like the Wise men and one carries a star on a stick as a symbol for the Star of Bethlehem. When they’re finished singing, they write a signature with chalk over the door of the house, to protect the house. The sign is written in a special way, so 2019 would be: 20*C*M*B*19 (which stands for Caspar/Gaspar, Melchior, and Balthasar). It is considered to be bad luck to wash the sign away – it has to fade by itself. It has usually faded by the 6th of January (Epiphany). The Sternsingers visit houses between 27th December and 6th January. 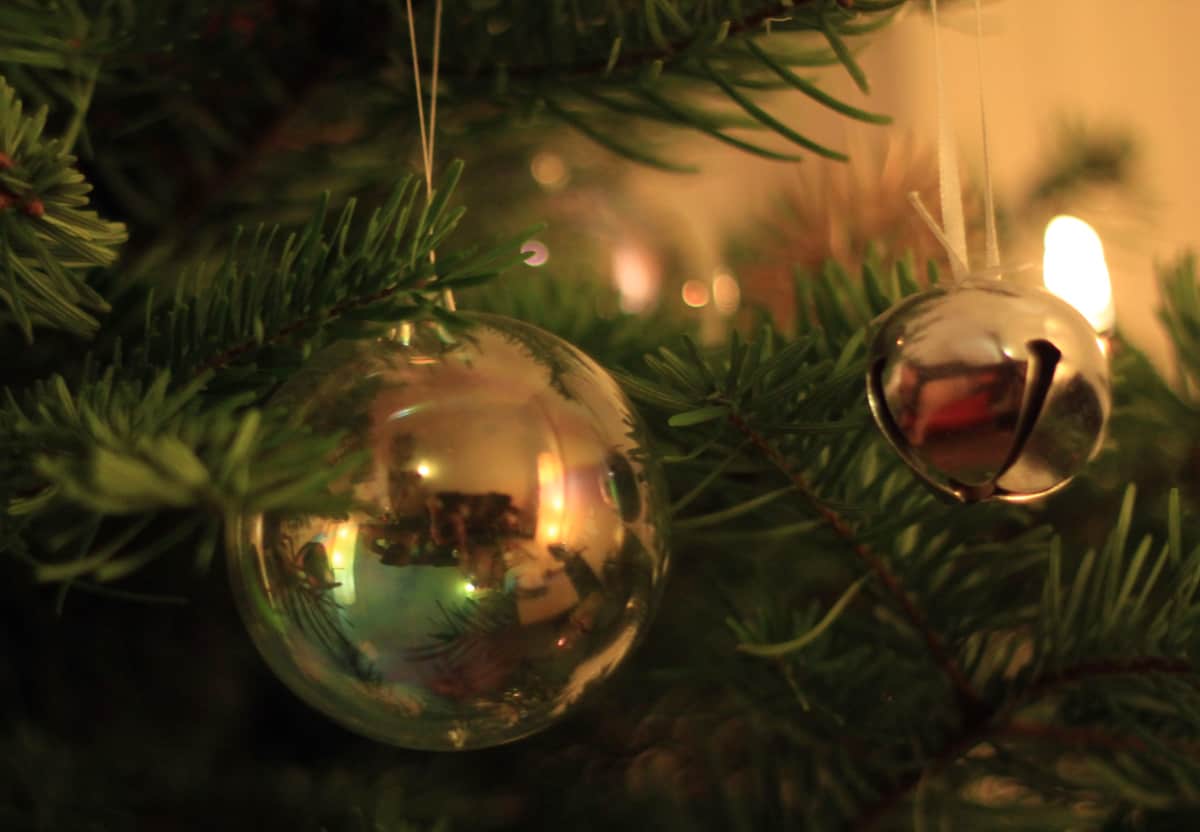